Rice-producing Akita is the “Land of Sake” 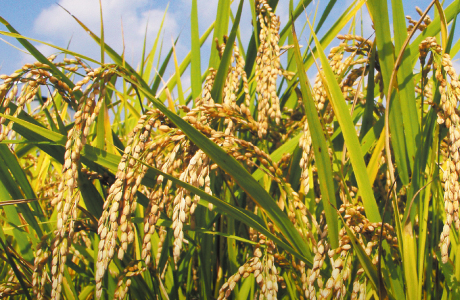 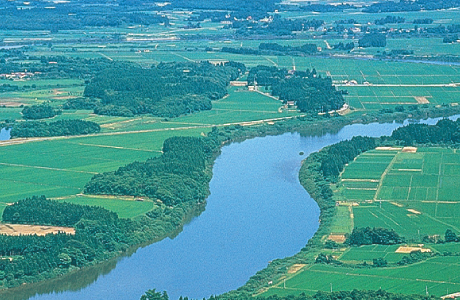 Akita’s sake, brewed by master artisans using rice and water fostered by Akita’s climate, have become established brands befitting a rice-producing region. Sake, a drink that is recognized globally, has a rich flavor that goes well not only with Japanese food but also with any other  cuisines. Sake brewed in Akita, in particular, is smooth and has a pleasant taste.

The 37 sake breweries in Akita Prefecture, each of which is devoted to improving its brand, are receiving a lot of attention from sake lovers these days. The secret to brewing a fine sake is Akita’s rice and water, which are perfect from a climate standpoint, and its traditional brewing process. Rivers like Omono River, Koyoshi River, and Yoneshiro River supply the rice fields with plenty of water, and quality water springs forth from the vast undeveloped woodlands. And a sake brewing technique unique to Akita, which was developed by a group of master brewers called the “San’nai Master Brewers,” created the “Land of Sake.” The “cold brewing” technique, a result of the cold weather and heavy snowfall in Akita, produces a taste and aroma unique to a snowy region. And the possibilities shaped by collaborations between young brewers and experimentation with new techniques, without standing on tradition alone, will likely further propel Akita’s local sake in the future. 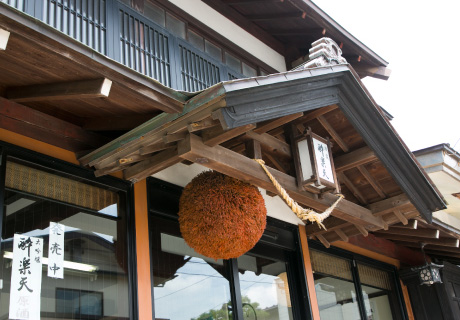 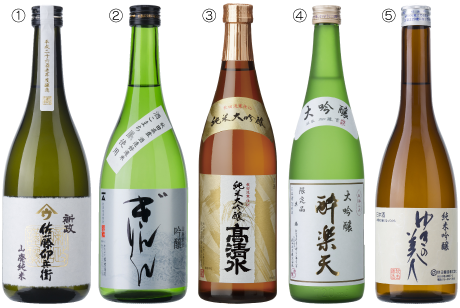 There are five sake breweries in Akita City, each of which is meticulously devoted to its unique brewing process. Below are brief descriptions of the history and characteristics of each sake brewery.

Naba Shoten [Ginrin]
Naba Shoten is founded in 1807. It is located in the port city of Tsuchizaki, which prospered thanks to maritime trade beginning in the Heian period, not far from the mouth of the old Omono River. Naba Shoten offers sake brewed with nature’s bounty and the techniques of its predecessors in the first concrete sake brewery in the Tohoku region, which was completed in 1928.
[Souvenir Recommendation]
②Yamahai Junmai Ginjo Ginrin 720 ml
Enjoy the fine balance between the rich flavor of the rice and an acidic flavor reminiscent of white wine.

Akita Shuzo Co., Ltd. [Akitabare]
Akita Shuzo Co., Ltd. is founded in 1908 in the Araya district of Akita. The brewery is a classic sake brewery that has brewed its products in the same old earthen building since its foundation. It uses the yeast that has been living in the brewery since olden days to brew its unique Akitabare sake. Akita Shuzo Co., Ltd. offers aged sake in addition to its flagship brand Suirakuten.
[Souvenir Recommendation]
④Daiginjo Suirakuten 720 ml
A Daiginjo sake aged at low temperature for an extended period of time. It is a mellow sake with a fruity aroma and rich flavor.

Akita Jozo Co., Ltd. [Yuki no Bijin]
Akita Jozo Co., Ltd. is a sake brewery established in 1919 in the Narayama district of Akita. Its flagship brand is Kanto, named after the renowned Kanto Festival held every summer in Akita. It can be brewed in summer, which is a rarity in Japan, thanks to the air-conditioned and airtight environment on the first floor of the condominium building where it is now located.
[Souvenir Recommendation]
⑤Junmai Ginjo Yuki no Bijin 720 ml
A light taste with a refreshing and clean acidic flavor. Perfect with both Japanese and Western cuisine.

Take a tour of a sake brewery: Takashimizu 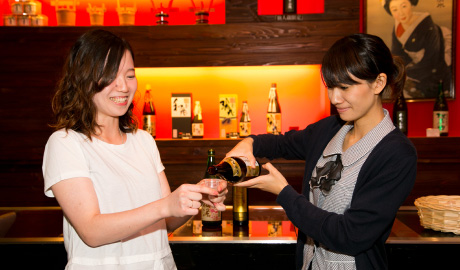 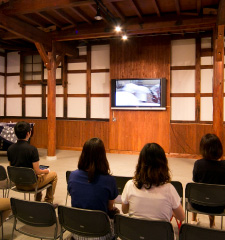 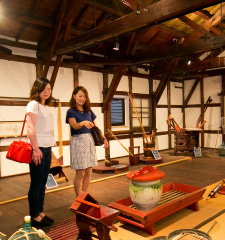 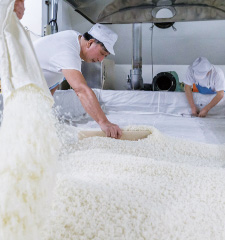 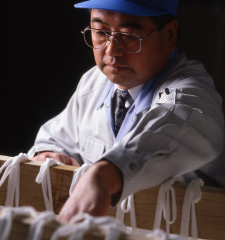 At Takashimizu’s head office brewery, you can observe the sake brewing process from December through February, which is when their sake is brewed. Senshu Brewery, Sennin Brewery, storage warehouse, and bottling plant are located at the head office site, so the entire process, takes place here.
*Please contact us as we may not be able to accommodate you due to circumstances related to the brewing operation or facilities.

Sake Brewing Center “Sennin Brewery”
Sennin Brewery is a place to learn the fundamentals and spirit of sake brewing, and to hand down traditional techniques. Sennin Brewery was built to hand down the techniques of the artisans who worked at Takashimizu’s Nakasen Brewery, which was decommissioned in 2005, and to forge new traditions that will improve sake brewing in the future. The old pillars and beams from the Nakasen Brewery have been placed just as they were in the old brewery, infusing the brewery with the spirit of the past artisans. This hand-made brewery carries on the sake brewing traditions of Japan. It is a popular destination where many people come to see how sake is actually made.
*In winter, you can see how sake is made from the observation windows on the second floor.

Resource Center
Tools that were actually used for sake brewing are on display. You can see up close traditional tools such as wood flat-bottom tubs for washing tools, glass bottles for storing sake, and wood paddles for spreading steamed rice into a thin layer for cooling.

Reservations must be made in advance to take part in the Takashimizu brewery tour.