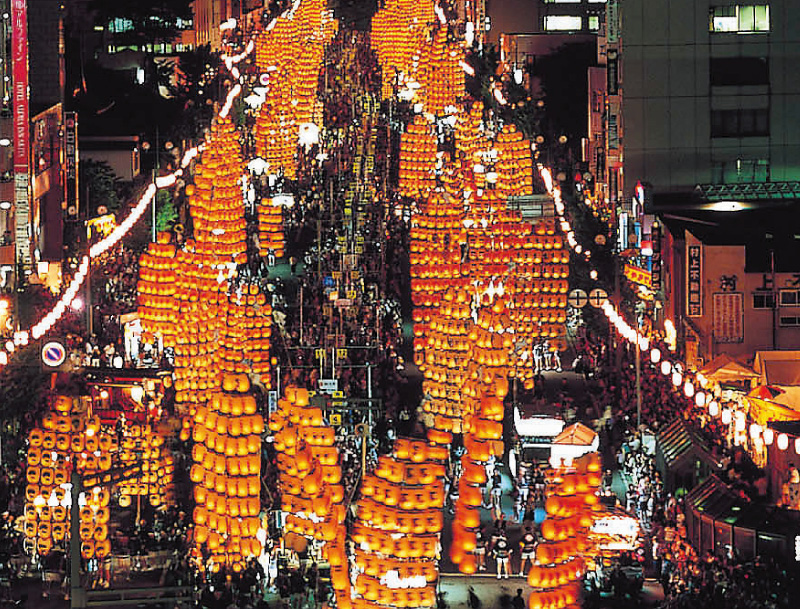 The Kanto festival is a summer event in Akita. The event is a place for display of strength and technique where performers manipulate bamboo poles fitted with lanterns made to look like large ears of rice. The event is said to have its origin as a Star Festival event in the Edo period designed to drive away the sleepiness during midsummer and evil spirits, it has been passed down from the townsmen living below Akita’s Kubota Castle. At night, Kanto Street is lined with large bamboo poles (12 meters high weighing 50 kilograms fitted with 46 lanterns), medium poles, and children’s poles, and the performers display their feats of skill accompanied by music from drums and flutes. During the day, neighborhood and company teams get together to display their special feats. Kanto Festival has been designated a significant intangible folk cultural asset by the national government.